Day 9 -Tadapani to Ghorepani
This morning when we were getting ready to go, Jen brought up how long her nails were. Dave remarked that his nails were growing too,  because he was too scared to bite his nails with all the guck underneath them!

We all got ready together on a verandah with another fantastic view of the mountains.

After breakfast we headed to the nearest set of stairs and proceeded to head down for half an hour, then up for another half hour. We saw monkeys playing on the rock face on the way up, and rested at the top of a very sheer ledge.

While we waited for everyone, jade took it upon herself to test out the packs that our porters carried everyday. Apart from a slight lean she did very well! Also while we were waiting Di tried to infiltrate the porter’s social circle,  because she was wearing the Hike Nepal uniform. They noticed but it was fun trying!

It was pretty much flat from there to tea, during which Jade lept off the path to avoid a pony, then bolted once she was back on it!!

We then did an hour of uphill to lunch. We were following a crystal clear stream, so clare and jade decided to take a dip. It was very cold, so we kept it short!

We also met some Australian mums traveling with their kids. The kids were being carried on the backs of the porters in baskets.

After lunch we had another hour of stairs, then we followed a ridge line through old Rhododendron forests in full bloom. There was great views in both directions,  and some of the group saw an enormous eagle,  while others had to avoid a herd of goats heading home.

During this section Jade and Clare were passed by a man leading a pony. We were shocked when on each and every step that the pony took, he also farted, for the entire 10 minutes it took to ascend the hill!!

Ghorepani is a larger village, complete with a pool hall, bar, and book store. It is perched on the end of a ridge with views all round. It has charming stone streets and houses that we enjoyed exporing this afternoon. 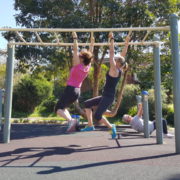 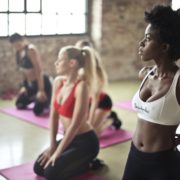 The Difference Between a PT Studio and a Gym... Pros and Cons 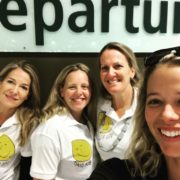 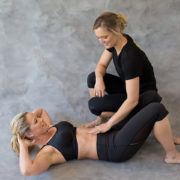 Personal Trainers and Pelvic Injury: More Common Than You Think 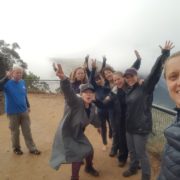 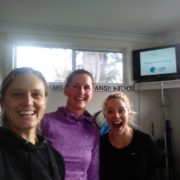 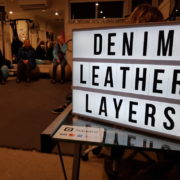 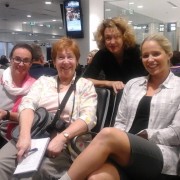 On our way on another adventure!
0 replies